In the small village where I live, in Canton Argovia, two pupils in the same primary school class (the 6th) were tested positive to COVID-19 some days ago. In the relevant communication, the director of the school (which is attended also by my two daughters) quickly declared that everything was decided by the competent Cantonal authority, as if he himself, as school director, were just an observer.

And this was the brilliant decision of the relevant authority: The school continued as normal, as if nothing happened without additional protective measures. Absurd! 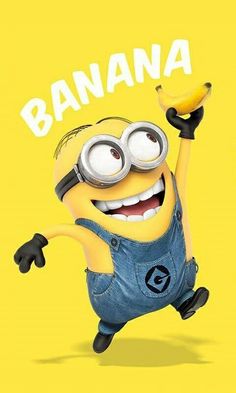 Last week I had the yearly meeting with the kindergarten teacher of my elder daughter.
Every year, near the end of the year, the teacher gives feedback and scores to the behaviour, activities, progress of the kids.
I was pleased for the nice feedback, but my energies were already all directed towards the… mysterious topic!
And so finally I came to the million dollars’ question: Why (the hell, but this I did not speak out loud) the kids cannot eat bananas during their break in the kindergarten?

The teacher seemed a little surprised for this “nutritional” question, but she immediately understood!
OK, to make it short, a dental specialist sometimes visits the kindergarten to teach the kids how to clean their teeth properly and inform them on other matters somehow related to orthodontics, including “healthy” and tooth-friendly food.
Apparently, as the teacher reported, banana tends to stuck and melt in between the teeth, due to its soft texture. This might increase the risk for caries.
I don’t know whether it was because of the heat of the day or the astonishment for such piece of information, but I remained still, like stunned, for some seconds.

I never heard someone condamn bananas in such a way, being banana still a recognised very healthy fruit!
But this is it!

The mystery is solved by now.
But it probably needs a follow-up!
As far as I know, there are many other fruits which can stick, stuck, glue themselves between small teeth, but they have not been softly “banned” by the kindergarten dental consultant!

Is this just racism against bananas or maybe the dental consultant absolutely hates… minions??

(See also my previous post “The banana mystery in the Kindergarten”: https://geoch1.wordpress.com/2017/05/06/the-banana-mystery-in-the-kindergarten/)

A big question mark has stuck in my head since yesterday.
I’m gonna tell you a real mystery, something which is fully out of any common human comprehension.
Every day my 5 years’ old daughter, when she goes to the Kindergarten, shall bring a small snack for the mid-morning break.
This normally means fruit and something crunchy like bread, crackers, etc.
Quite easy, right?

Yesterday I was in charge of preparing her small box and I gave her some slices of banana…
When she was back home, we found the same untouched banana slices. Strange! My daughter normally likes bananas. Which kid wouldn’t like this fruit?

With curiosity I asked for details and I found out that the teacher does not allow the kids to eat bananas!!!
What??
I could not get the real reason though…

I was quite astonished and even a little upset. Bananas are apparently forbidden, but other kinds of well-known unhealthy food, like sausages, are welcome in the kindergarten or even in the nursery and are often the delicacy of the day!!

I’m still not sure about the background of this “banana ban”.
But I shall go on investigating, because I’m actually going bananas with this banana matter!
… How not to in such case????? 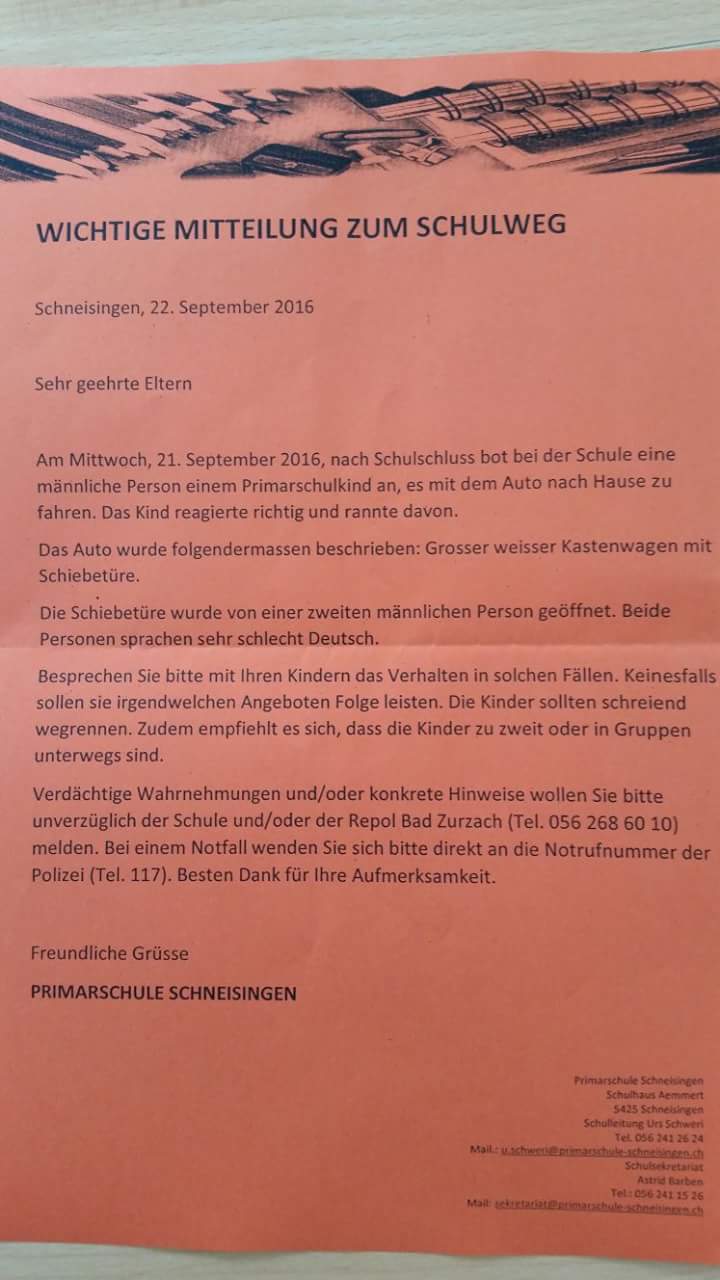 Introduction:
A flyer was spread in front of the school of a neighbouring village by the school director.
Two men driving a white van tried to “invite” a boy on their van and bring him home…
For sure accepting that invitation would have been very dangerous!
Fortunately the boy shouted and run away.

Development:
All the parents of the surrounding villages (including us) received somehow the flyer…it started circulating in a very fast way.
Everyone was worried.

Calling the law:
The police was informed by the school of their initiative of distributing such flyer.

Reaction of the police:
As reported by the Aargauer Zeitung (http://www.aargauerzeitung.ch/aargau/zurzach/wollten-zwei-maenner-einen-buben-entfuehren-kantonspolizei-aargau-warnt-vor-hysterie-130589868), the main newspaper of Canton Argovia), the official speaker of the Kantonspolizei Aargau stated that it is important to report such cases to the parents, school and finally to the police, BUT there is no need to become too fearful!
In fact:
– every year 60-80 similar events occur…
– in the last 20 years no kid was kidnapped in the Canton…
– once a girl simulated a similar event not to go to school…
– often people with mental problems (not necessarily dangerous) are approaching the kids in that way…

In this case there should be no BUT!
That sense of confidence that let Swiss think that, just because we are in the Confederation, nothing bad can happen…
This is quite SCARY!