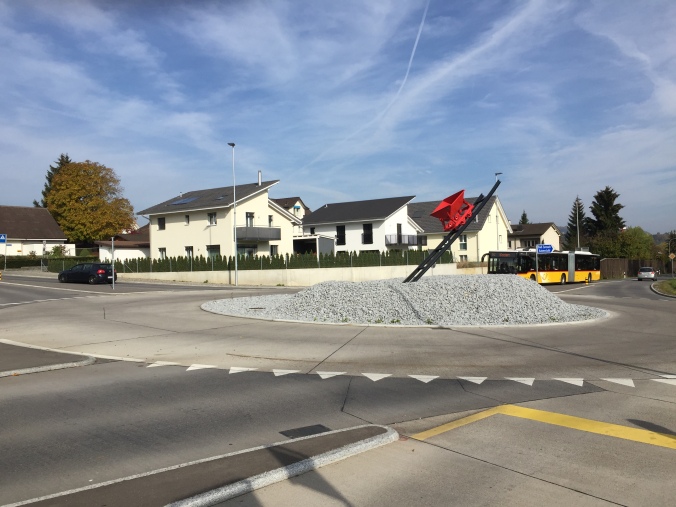 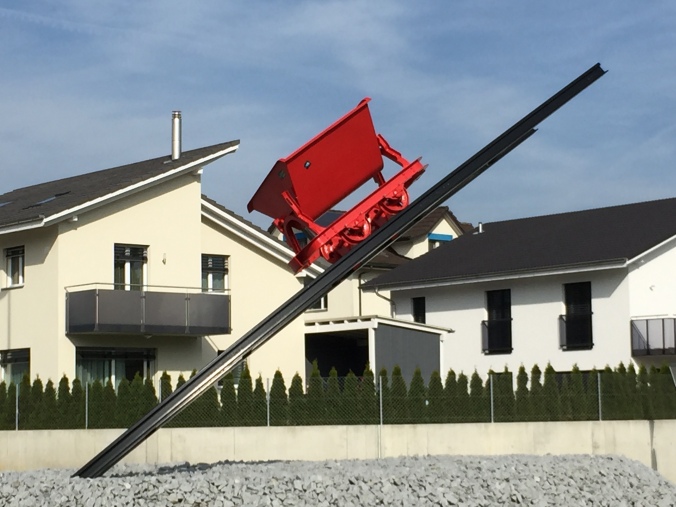 Why the cable car wagon?

Already in the Middle Ages a gypsum mine was existing in Ehrendingen: gypsum was produced and milled in the village.
At the end of the 19th century, the demand for construction material increased. And due to the fact that in this area also limestone and clay were naturally available, in 1892-1893 a cement factory was established. Around 400 people were working in this factory. A rail cable car was transporting the material from the quarry to the factory. Another cable car connected the factory with the railway station of the neighbouring village of Niederweningen.
Unfortunately, due to the relentless competition in the cement business and the crisis in the building industry, the cement factory dramatically bankrupted in 1902. Today only one building wing is remaining, the one where the offices were located.
(“Historical” information taken from the archive of “Gemeinde Ehrendingen”. Many thanks!)