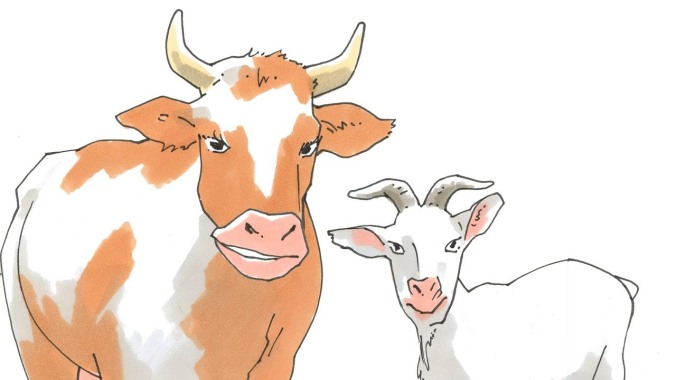 On the coming 25th November, the citizens of Switzerland shall vote on some referendum questions. In addition to some serious subjects, there is one which is really strange!
It relates to the so-called “Initiative for the cows with horns” and encourages the farmers to keep horns to their cows and sheep, instead of cutting them (as it happens nowadays on 3 cases out of 4).
Points in favour of “yes”: The animals would feel better with their horns, but, because of that, they would occupy more space; therefore the State should give some financial support to the farmers owning “horned” cows!
Point in favour of “no”: The animals with horns should be kept tied, and they would have a higher risk to injury themselves.
Switzerland holds the first places in all statistics dealing with quality of life… Maybe even the cows’ one is taken into account!